Emtee and his wife Nicole Chinsamy were spotted out and about in Zimbabwe where he had a few gigs this weekend. What warmed the hearts of his fans was the fact that they are finally at a stage where they look in love and have buried the hatchet.

Emtee landed in Zimbabwe and gave a performance of his life. His fans have been gushing over him and how he killed it on the stage. He topped the trends list and immediately received some love from his fans.
Emtee and his wife topped the trends list months back when he accused her of abusing him. Emtee went on a rant and held nothing back when he exposed Nicole and his family for ill-treating him.

“I hate how you have to protect yourself even from those who claim to love you. There’s always someone plotting on me. Tryna do me dirty no matter how much I stay out the way and keep to myself,” he started off.

One thing I love about the goat eMtee he never forget his wife 🤛🔥 https://t.co/vnMRJgWOpn

Emtee then said he wants to be single because of the drama Nicole brought and even said she called the police on him on several occasions.

“Can I be single, please. I’m a man of peace. Somebody please help! She has even called the police on me twice, but I was completely innocent. They even took my weed. She says I hit her but it is the other way around, and she cusses at me.”

He even alleged that her brothers and her mother chocked him and they had him kicked out the house.

“I do not want anything now. She calls her very buff brother, uncles and even her mother to come and hit me. Her mother chocked me and I saw the evil in her as she was holding me by the throat against the wall. I will die for things I do not know about because of this woman. I don’t know why she always tryna make me feel like I ain’t sh*t when I’m a goat of note. I’m currently tweeting from my big homie crib cos she took the keys to my spot and went to her parents naso,” he tweeted.

In other news – Broken Kelly Khumalo opens up on her life, relationship with God & Senzo Meyiwa case

South African singer, actress, and dancer Kelly Khumalo joined Unplugged with Relebogile Mabotja to talk about her life, her relationship with gospel music. 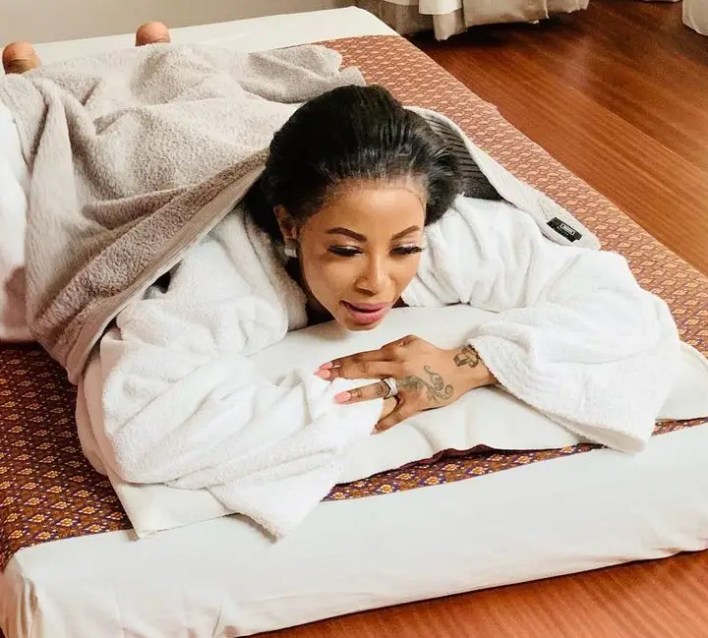 The controversial trial that has the whole country talking – and, of course, to perform for the 702 listeners. Learn more