Mzansi Magic on Nomzamo Mbatha’s future on Isibaya: She still...

0
Actress Nomzamo Mbatha flew the South African flag high after bagging a role in the sequel of Coming to America last week – but...
Read more
TV and Movies

Scandal actress Mokokobale Makgopa talks about dark-skinned girls in the...

0
Scandal actress Mokokobale Makgopa has gushed over dark-skinned actresses in the industry that have broken barriers and made it easier for her to pursue...
Read more
TV and Movies

Lucy and Mrekza are engaged on Generation: The Legacy

0
Generation: The Legacy viewers were glued to their seats during last night's episode when Zitha revealed her true colours to Jack. Mrekza, on the...
Read more
TV and Movies

0
The satirical series - which picks up where the acclaimed 2014 film by the same name left off – follows a group of Winchester...
Read more

One of the ways through which one can judge a great television show is how well it gets one hooked to the TV screen until the end of the show. Those who are updated with Isithembiso Teasers can attest to the fact that the South African soap opera is always worth every minute spent watching it. Interestingly, if you are also just joining, it is never too late as each episode passes a message capable of meeting your immediate entertainment need. Here are the highlights of what you should expect in Isithembiso Mzansi Magic teasers as they air this month.

Isithembiso soapie teasers focus on the lives of two young people who, while searching for fortune, opportunity, education, and in their effort to strengthen familial ties, found themselves in the City of Gold. The teasers discuss various experiences that many Mzansi youth are faced with including choices and the attached consequences. As one of the most-celebrated soap operas, the teasers of Isithembiso, in 2018, received nominations for different categories of awards in SAFTA. 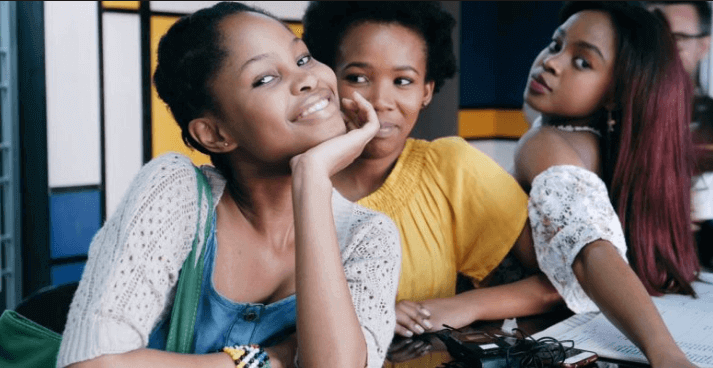 Isithembiso teasers September 2019 Episode 111 – Monday, 2nd of September, 2019 The doctor delivers terrible news to Ethel while Palesa is about to surprise the new classmate. The newly-wedded bliss of Abednego, unfortunately, does not last long, while Ayanda takes the advice of Zamani.

Episode 112 – Tuesday, 3rd of September, 2019 The plot to kill Ethel by Lihle comes to light as Ayanda becomes devastated by the betrayal of her father. Then, the attempt made by Zoleka to embarrass Palesa backfires on live radio. Episode 113 – Wednesday, 4th of September, 2019 Lihle and Ethel get locked in a bitter standoff, while Ayanda discovers the ugly truth concerning her father, and Palesa shows what she is capable of doing to a cocky MK.

Episode 114 – Thursday, 5th of September, 2019 Ethel exerts excessive and coercive pressure on Lihle as Duma releases a bombshell which ends up making Palesa appear as a villain. Also, Zamani gets to know that Ayanda has started to shoot her music video. Episode 115 – Friday, 6th of September, 2019 Madoda supports his daughter while the loan shark is making his move. David and MK taste victory, and on the part of Palesa, she is feeling the heat, while Abednego and Chunks look miserable. Episode 116 – Monday, 9th of September, 2019 The troubles of Madoda hit home in a significant way, while MK announces something big and ends up leaving Palesa with a significant decision.

Episode 117 – Tuesday, 10th of September, 2019 The attempt of Madoda to kill the Loan shark ends up causing him more trouble. Upon seeing the dark side of Cheez, Nhlamulo is left shaken, while Abednego eventually puts Khensani where she belongs.

Episode 118 – Wednesday, 11th of September, 2019 Madoda acts in the best interest of Ayanda while Palesa is forced to go for the police. Khensani threatens that, if Abednego does not leave her, she will cry wolf.

Episode 119 – Thursday, 12th of September, 2019 The stalking of Cheez gets worse as Madoda needs to bid a painful goodbye. The bad news of Absalom impacts on Ethel and the woes of Abedie get worse.

Episode 120 – Friday, 13th of September, 2019 Nhlamulo and Cheez lock horns, while Lihle comes up with a solution to the money problems of Ethel. Zamani gets across to Ayanda as Khensani sets higher sights than those of Abednego’s.

Episode 121 – Monday, 16th of September, 2019 The ‘stalker’ of Palesa takes action while Zamani becomes very upset with Rasputin based on the voice of Ayanda. Then, Lihle devices a scam on money-making as Oscar discovers a way to put an end to the marriage of Abedie.

Episode 122 – Tuesday, 17th of September, 2019 The attack of Palesa leads to the gathering of the gang, and MK makes a mistake in the campaign. More so, Indy strives to get Khensani enticed, while Ayanda also receives a compelling offer. Episode 123 – Wednesday, 18th of September, 2019 While trying to hear if she would become the next SRC president, Palesa waits on the edge. Then, Abednego sets a trap for an insatiable Jackson, and Banzi delivers his life’s evangelical performance.

Episode 124 – Thursday, 19th of September, 2019 The plans that Palesa has for Cheez experience an unexpected setback, while Banzi gets thrilled with how the video shoot ended up eventually. Also, Oscar has some plans for Jackson and Khensani.

Episode 125 – Friday, 20th of September, 2019 Nhlamulo and Cheez’s bad blood boils over as Khensani gets hooked into another man, and Abednego plans how he would escape. Then, Vivian interrogates the life choices that she has made.

Episode 126 – Monday, 23rd of September, 2019 The attempt of Cheez backfires while trying to cause chaos between the boys and Nhlamulo. Also, the plan that was put in place to entrap Jackson experiences setback while Vivian becomes conflicted over the role she is to play in the life of Tshepo.

Episode 127 – Tuesday, 24th of September, 2019 Cheez is seeking for a fresh space as well as a clean break, while there are some real-life questions which Vivian needs to think about. More so, Abednego seeks assistance from an uncomfortable source.

Episode 128 – Wednesday, 25th of September, 2019 Palesa needs to make a decision on who would be beside her on the SRC while Khensani suddenly becomes unstuck after all the lies that she had told return to bite her. The life of Patrick becomes manipulated behind him.

Episode 129 – Thursday, 26th of September, 2019 Palesa places Nhlamulo on the spot, and Abednego is not taking things easy with Khensani. Also, Tshepo supports the big decision of Kero around Vivian, while Tiro ends up creating chaos in the flat of Patrick.

Episode 130 – Friday, 27th of September, 2019 Certainly, the surprise of Kero could not have come at an unpleasant time, while Jackson turns to an enemy for help. The decision of Nhlamulo blows up Zoleka, and the world of Patrick implodes.

Episode 131 – Monday, 30th of September, 2019 Because Cheez is desperate for revenge, he enlists the support of Zoleka, while Banzi focuses more attention on his growing fame. Then, the massive gesture of Kero pays off as the worst decision of Patrick is back to haunt him.