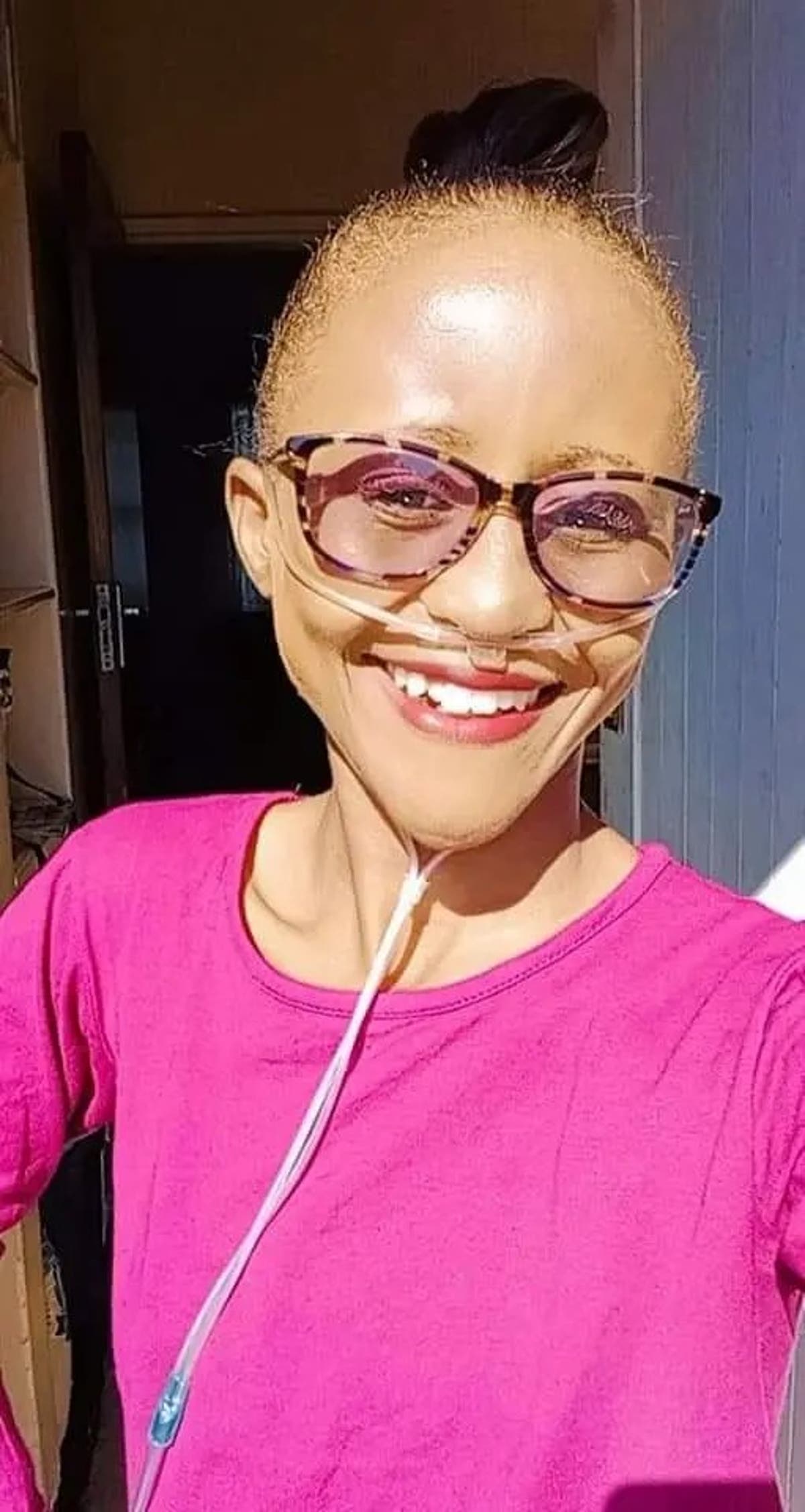 Nompilo Dlamini who has been battling cystic fibrosis said she’s given up on treatment and will be returning home.

The young woman got South Africans in their feelings with a video, where she gave the latest update about her health and her next move,

“I am not suicidal, I haven’t lost hope either, but I’m just done. I don’t want to keep on fighting. I’ve fought enough. Now it’s just time I ask God to give me rest from this battle. My job is finished. May God do His will,” she captioned a video.

“I might be going back home next week because the needed injection is not available here in India, which is part of the immunosuppressants that I am supposed to take. But, it is available in South Africa. But, at the same time, I don’t think I still have that will to take any more medication or to take any more chances of giving me hope to get help, and keep on the fight,” she said.
“For me, honestly, I am done with medication. I am just gonna let God do His will and take each day as it comes because, no, no, no I have had enough of the fighting. It’s time I get selfish and just think of me, nobody else. Next week I am coming back home. I don’t want to take any more injections, I do not want anything, besides me taking each day as it comes until God decides that I should be joining him and his disciples,” she said.

The 26-year-old, originally from eSwatini, has received a huge support from South Africans, both financially and emotionally.

A sum of R2 million was raised for the young woman to travel, however, at this point, she’s trusting God to fight her battle, while she gives up on treatment.

The video got people reaching out for tissue, even Cassper Nyovest was speechless.

“Eish, Nompilo. I have no words. Either way, you have our hearts. Whatever you decide,” the rapper reacted.