Ayanda Thabethe has a new man in her life nearly one year after ending her relationship with Zulu Mkhathini (formerly known as Dash). The TV presenter has been focusing on her career since the split, but It looks like she is ready to give love another chance. 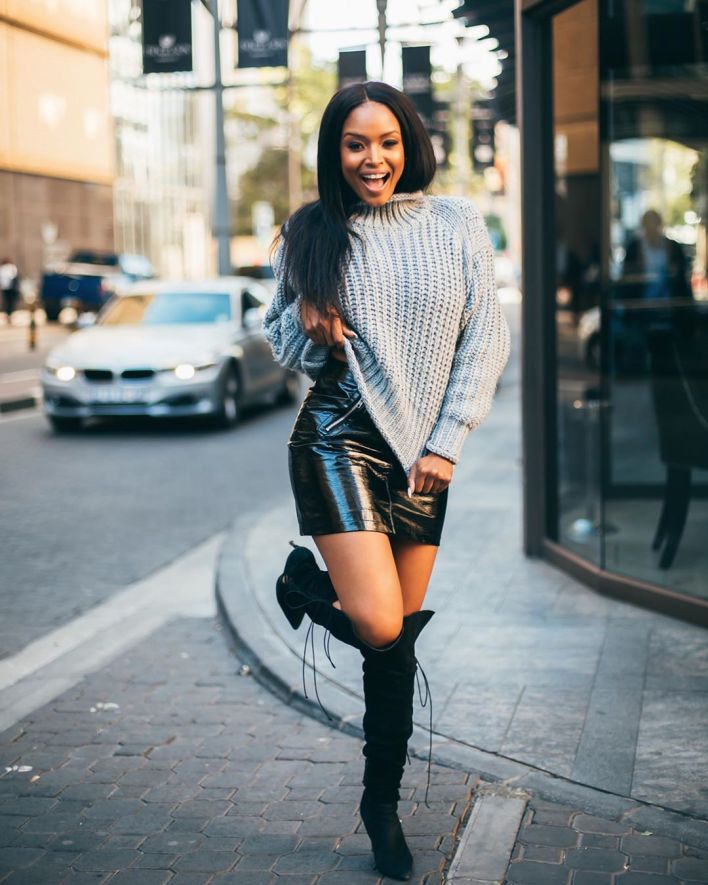 The 33-year-old is reportedly dating businessman Papi Rabolai. The rumoured lovers were allegedly spotted together at Sandton’s Signature restaurant in July looking very cosy. It wasn’t the first time they were seen together. The pair had been painting the town red together for several weeks before the Sandton sighting.

Sources told the Sunday Sun that Papi, who is Lerato Kganyago’s ex-fiancé, has already introduced her to his family. Papi is happier with Ayanda because of her kind heart. She respects him, unlike his exes. As his friends, we’ve seen so much improvement,” the mole told the publication. While the businessman’s friends are allegedly spilling tea about their romance, Ayanda is keeping her man’s identity a secret for now. 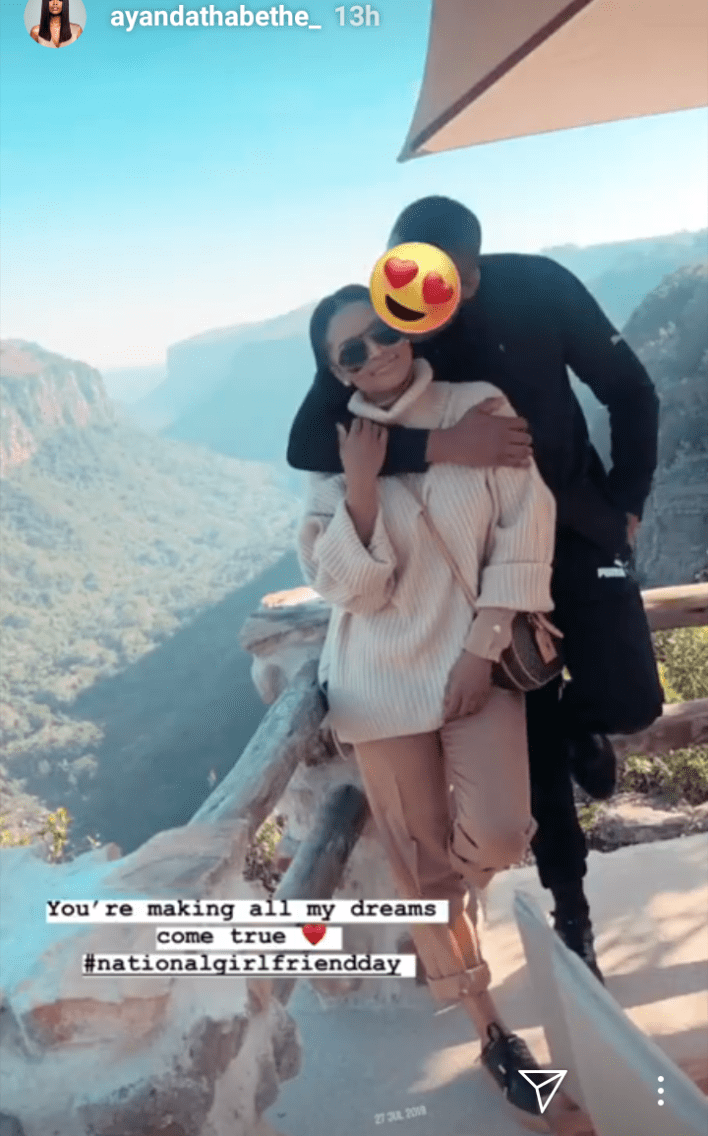 That hasn’t stopped her from dropping hints on social media. She recently spent time at The Gorge Private Game Lodge & Spa in Port Shepstone and tagged her man along. While she didn’t post any pictures of him on her Instagram timeline, she gave her followers a glimpse of him on Stories. Her man is seen kissing her on the cheek while she smiles at the camera. You’re making all my dreams come true,” she captioned the shot.

The couple clearly enjoyed their time unwinding at the luxury game lodge. Another picture, which was presumably taken by her lover, shows Ayanda relaxing in a bathtub. It might be a while before Ayanda officially introduces her boyfriend to the world. She learned from her relationship with Zulu that flaunting your relationship on social media is not always a good idea.

Vosho dancer Zodwa Wabantu bares all in the last episode of her reality show on Moja Love, which was shot at Soweto Theatre on Monday night. Dressed in a black crop top, short skirt and strappy heels, Zodwa was in high spirits despite reports of her recent split from fiancé Ntobeko Linda, who was at the event The socialite and dancer was joined by Khanyi Mbau (they both dated wealthy businessman Mandla Mthembu); controversial musician Jub Jub and Dr Tlaleng Mofokeng, a s-e-x therapist. The show was hosted by Trevor Gumbi. read more

In Pics: Bonang Matheba’s taste in fashion is on another level