Kylie Jenner and Travis Scott have changed the name of their baby boy. The 24-year-old star gave birth to her son on February 2, and Kylie initially announced that she had named her baby boy Wolf Webster – but she’s now taken to Instagram Story to reveal she’s had a change of heart.
Kylie wrote on the photo-sharing platform: “FYI our son’s name isn’t wolf anymore (laughing emoji). We just really didn’t feel like it was him. Wanted to share because I keep seeing Wolf everywhere. (praying emoji) (sic)

Despite this, Kylie – who also has Stormi, 4, with Travis – has so far remained tight-lipped about the new name of her baby boy.

The make-up mogul first announced the name of her son in February, when she took to Instagram to share the news with her followers. Meanwhile, another source previously claimed that Kylie and Travis “work really well as parents”.

The loved-up duo actually split in 2019, before rekindling their romance amid the Covid-19 pandemic, and it’s recently been suggested that they’re “very streamlined” as parents. The insider said: “Kylie is very maternal, and Travis is also very paternal. They are both super engaged when it comes to family and work really well as parents together. They are very streamlined.

The ‘Keeping Up with the Kardashians’ star – who previously dated rapper Tyga – has “poured her heart and soul” into raising their daughter and she’s relished the challenge of motherhood. The insider said: “She has learned so much about being a mom in the process.

In other news – Manhunt launched for Esther Mahlangu’s attacker

Mpumalanga police are hunting for a robber who broke into the home of world-renowned artist, Esther Mahlangu. The 87-year-old Mahlangu was assaulted and robbed of cash and a firearm. Police spokesperson Selvy Mohlala says Mahlangu is fine, but still in shock. 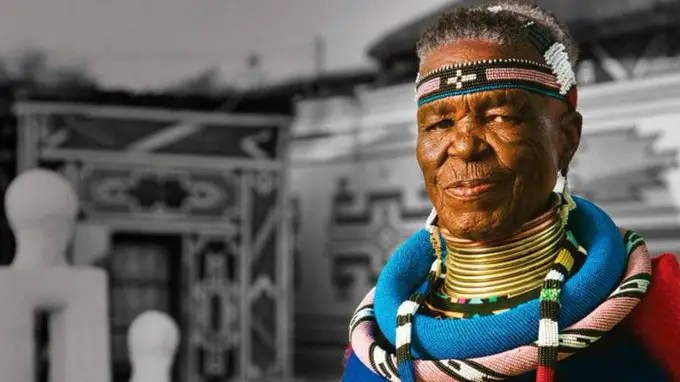 She was preparing to take a nap where she reportedly locked all doors of her house. Strangely, she noticed a man unknown to her inside the house,” Mohlala said. Learn more

Beyonce in talks to perform her Academy Award nominated track