The Wife actress Zikhona Sodlaka has shared why Human Rights Day, which the country commemorates on 21 March every year, is an important day. As someone who admits that she did not observe this day a few years ago, Zikhona says she has “educated herself” and now decided to share some of the things she has learnt.

On 21 March 1960, the community of Sharpeville, Langa townships and other townships in South Africa embarked on a protest against pass laws put in place by the apartheid government against black people. The apartheid police shot and killed 69 of the protesters in Sharpeville, many of them shot while fleeing.

Many others were killed in other parts of the country. The tragedy came to be known as the Sharpeville Massacre and it exposed the apartheid government’s deliberate violation of human rights to the world.

In light of this painful event and many others the country has experienced, the Blood and Water actress said that she had to educate herself about her rights. After visiting a museum almost five years ago, she learnt that there are over 50 human rights that all South Africans should know.

“I have a friend who works at the SA Human Rights Commission, she told me that there are over fifty human rights and I got shocked that I can’t even name three at least. I cannot say I know fifty at the top of my head, but I am familiar with them a lot better now than 5 years ago,” she told TshisaLIVE.
When observing her character, Mandisa on The Wife, it is easy to see that she plays the role of a self-assured woman who takes no nonsense. Mandisa is a mother-of-one who is finally standing up for herself after years of mistreatment and belittling from the Zulu brothers (her baby daddy’s brothers).

Zikhona told the publication that knowing your rights is important because it helps you stand up for yourself when you are being bullied.

“Information is empowering. When you know better you act better. It is easy for someone to bully you or overstep a boundary set by the bill of rights.. and if you do not know how those rights protect you, you cannot protect yourself. For Zikhona, learning all the rights is also important because it stops you from overstepping a boundary set by someone else.

“Every human being, every citizen is as important as the next. Our nation has made sure that we know this and that we take our power back and come from and empowered play. This day also marks the day that citizens were gunned down for a peaceful protest. It says to us we come from a past that never recognized us equal.

MDUDUZI “Mdu Khekhe” Mabaso is getting praise from fans and his on-screen wife, Vele Manenje.He plays Mgedeza on Diep City. 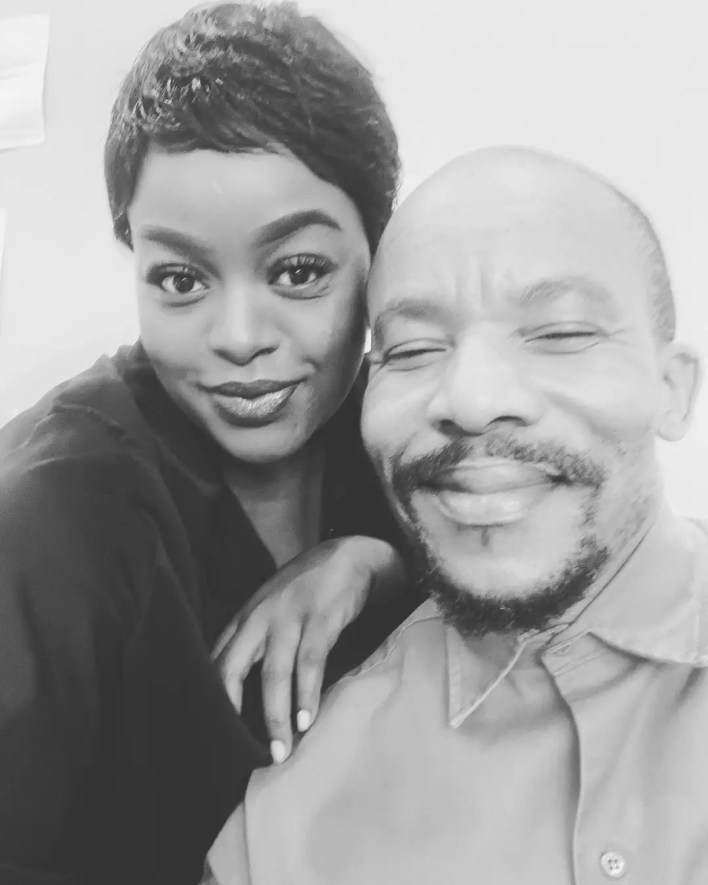 Vele, who plays Mgedeza’s wife Maureen took to Instagram and thanked Mdu for being honest, loyal and holding her hand on the Diep City set. Learn more